One Voice, One People, One Africa

The AU Sixth Region USA Foundation is a Network of the People of African Descent in the USA, as part of the Sixth Region of the African Continent residing outside the Continent. 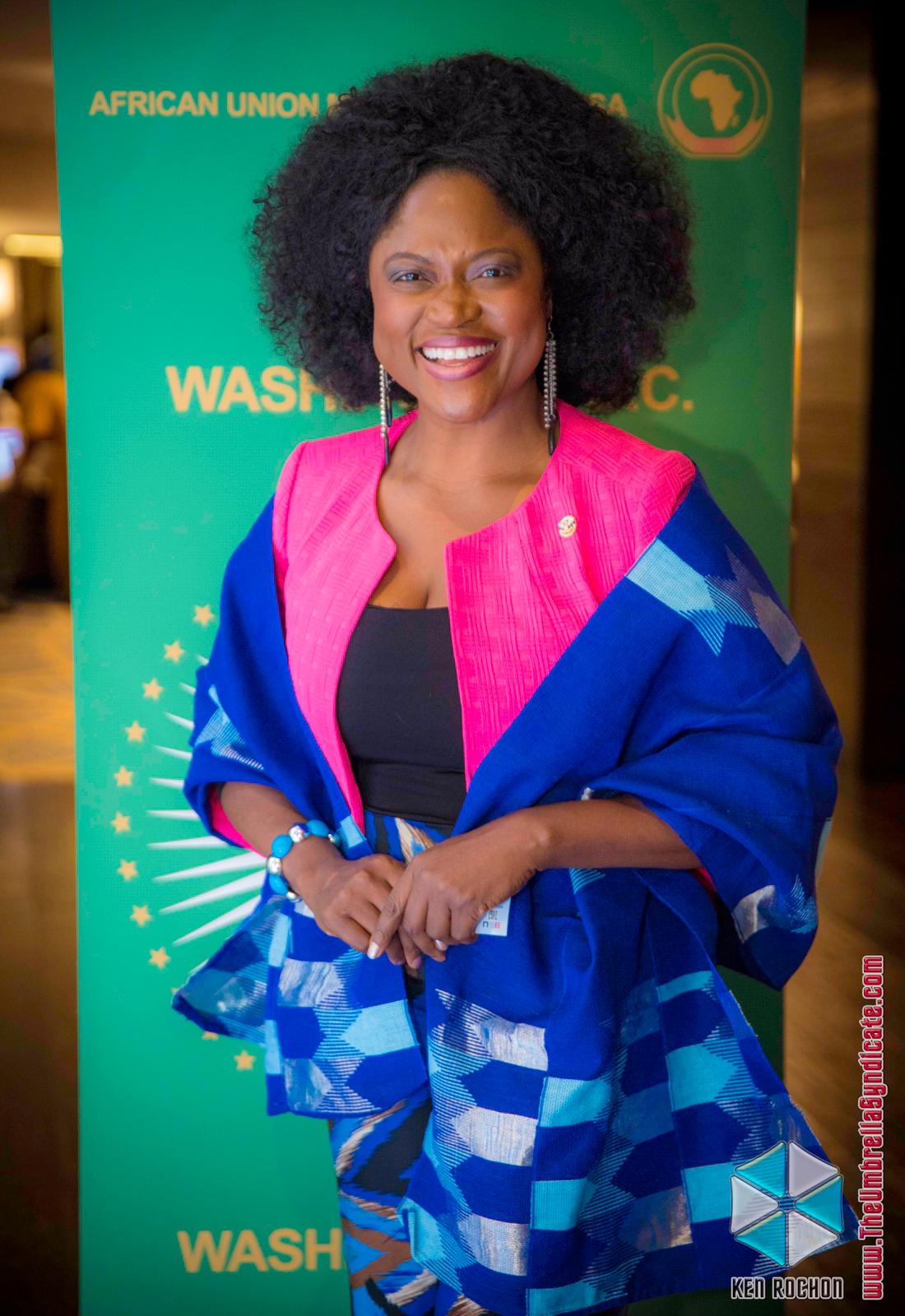 To galvanize, mobilize, structure, and empower the People of African Descent in America and reconnect them to the Motherland. One Voice, One People, One Africa

Our vision is to be the center and focal point of the Africa Diaspora Initiative Network in America, unifying and reconnecting all people of African Descent to Africa, while our mission is to galvanize, mobilize, unite, and structure the African Diaspora in America for the socio-economic and political development of the Diaspora, their local community, and the reconnection to Africa, based on the clarion call of One Africa, One People, Uniting to Transform The Motherland into the Africa We Want

The AU Sixth Region USA goal is to create an extensive professional African Diaspora database in various sectors, including Agriculture, Tourism, Finance, IT, Infrastructure, Energy, Healthcare, Education, etc., and to leverage the power of our collective diaspora network to increase the impact of the development activities of our constituent members and Africa

Our ultimate goal is to unite all People of African Descent in the United States, and connect them to the African Union; establish a Pan-African Trade and Investment Center in America; a sort of Economic Empowerment Palace for Africans desiring to do business in the U.S. and Africa; truly build and leave a legacy by investing in women and children, within the context of ‘leaving no one behind,’ in the spirit of the UN Sustainable Development Goals (Agenda 2030) and African Union Agenda 2063 for sustainable development; become voting members of the African Union; establish Pan-African-centered institutions and programs to enhance increased partnership between academics and research facilities and institutions in Africa and in the Diaspora.

We desire to promote Africa and her Diaspora in a positive light and to undo the negative narrative as well as to positively impacting trade, investment, tourism, and development activities

AU6RUSA  Core Value is Think Africa above all;  Respect for diversity and teamwork; Transparency and accountability; Integrity and impartiality; Efficiency and professionalism; Information and knowledge sharing.

DESIRE to RECONNECT for Restoration

UNITE to reconnect and reconcile,

EQUIP to rewrite and rebuild together our future.

We Are the Blessings of Africa, Reshaping Our Greatness Together”

African Unity mandate is as follows: Mobilization of Africans in the Diaspora through a professional skills database. To achieve this, we intend: 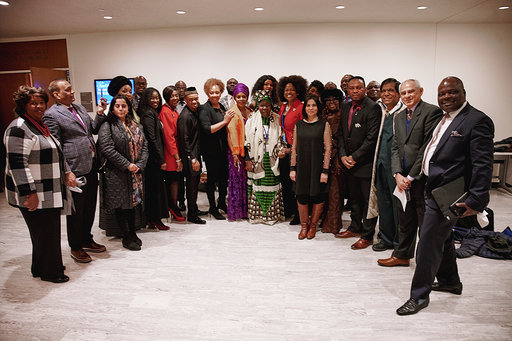 Our Work with African Union

AU6RUSA is an umbrella organization of the African Diaspora Initiative Network established to implement the African Union Diaspora Declaration’s outcome. The Directorate of Citizens and Diaspora Organizations (CIDO) of the African Union Commission, as part of the implementation of the Program of Action from the Global African Diaspora Summit held in Johannesburg, South Africa, on May 25, 2012, with specific reference to the  operationalization of Action Item I(A)(g) under Political Cooperation:

“Create platforms for closer interaction, solidarity and effective collaboration between and amongst governments and civil society of Africa and its Diaspora including the continuation of Regional Consultative Conferences and creation and consolidation of Regional Networks as partners and interlocutors for the implementation of the outcome of the Global Diaspora Summit”

AU6RUSA ensures that activities align with the African Union Declaration, legacy projects, flagship projects, agenda 2063 within the Work Program of the AU6RUSA. AU6RUSA will work with the CIDO of the African Union to the extent feasible and within the confines of applicable rules and procedures to seek funding for carrying out joint activities under its Work Program. Such fundraising may take the form of project proposals, sponsorship requests or other mechanisms. Financing from African Union depends on the availability of the necessary financial and human resources. As a USA 501c3 humanitarian organization, we will also employ fundraising, donation, sponsorship, program campaign, etc., for funding and financing our programs. 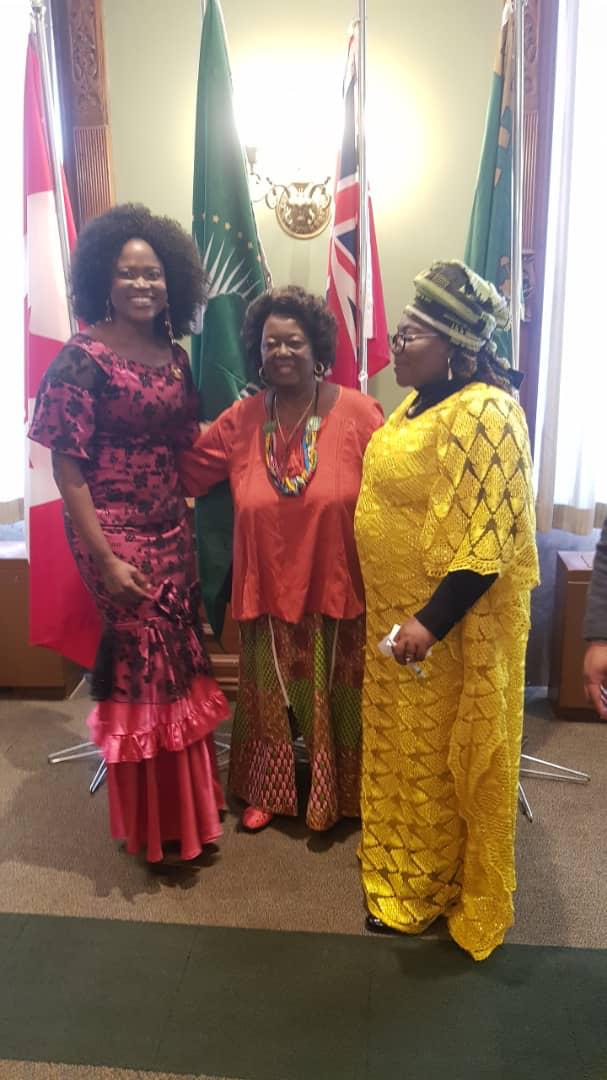 The AU Called, We Answered 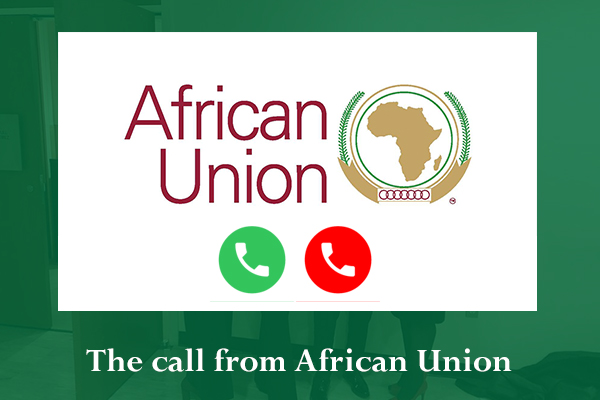 The African Union (AU) has invited the African Diaspora to become “voting members” of the AU so that together African people can move toward making the unification of the African Continent into the reality called the Union of African States (or the United States of Africa) soon. The African Union (AU) – is the linear descendent of the Organization of African Unity (OAU). The OAU ceased to exist in 2001-2002 with the birth of the AU. The AU is the African government-centered, continent-wide body of 53 member states (Morocco has not joined) established to represent African countries’ joint interest and eventually create a Union of the African States, which will be a single country of Africa to replace the current 54 countries. On paper, the AU has laid out a roadmap for the creation of a real Pan African unification, and the Diaspora is a big part of those plans.

In 2003 the AU amended its constitution (called the AU Constitutive Act) to clarify its fundamental relationship with the Diaspora and to invite the Diaspora to join the Organization to help African unify.

In article 3(3q) of the AU’s amended constitution, “the AU as a result of this “….. invite(s) and encourage(s) the full participation of the Diaspora as an important part of our continent, in building of the African Union”

The advent of the African Union (AU) can be described as an event of great magnitude in the Continent’s institutional evolution. On September 9,1999, the Heads of State and Government of the Organization of African Unity issued a Declaration (the Sirte Declaration) calling for the establishment of an African Union, with a view, inter alia, to accelerating the process of integration in the Continent to enable it to play its rightful role in the global economy while addressing multifaceted social, economic and political problems compounded as they are by certain negative aspects of globalization.

The main objectives of the OAU were, inter alia, to rid the Continent of the remaining vestiges of colonization and apartheid; to promote unity and solidarity among the African States; to coordinate and intensify cooperation for development; to safeguard the sovereignty and territorial integrity of member states, and to promote international cooperation within the framework of the United Nations.

Indeed, as a continental organization, the OAU provided an effective forum that enabled all member states to adopt coordinated positions on matters of common concern to the Continent in international for and defend the interests of Africa effectively.

Through the OAU Coordinating Committee for the Liberation of Africa, the Continent worked and spoke as one with undivided determination in forging an international consensus in support of the liberation struggle and the fight against apartheid. (Source: OAU) 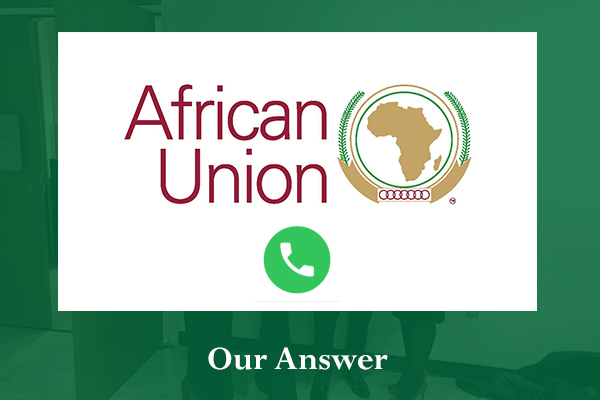 In response to the Africa Union calls, the AU Sixth Region USA Foundation was officially established in line with the African Union Amended Constitutive Act (Article 3 (q)), and guided by the African Union call and protocol, as part of the preparations for this great opportunity, many Regional, Sub Regional, National and local meetings, organized for the African Diaspora Community in the several parts of the defined, conceptual Sixth Region. As in other parts of the Global African Diaspora Initiative Foundation; formal preparation meetings have also taken place such Canada, Europe (in the UK and in Holland), among others, to assist in the mobilization and unification of the African Diaspora and its Networks in America, and the reconnection to the Motherland.

The  African Unity Sixth Region USA  Foundation, otherwise known by the acronym AU6RUSA Foundation, is a network of the People of African Descent individual members and existing African Diaspora Organizations (which continue to implement their program activities independently of the AU6RUSA Network), such as faith-based organizations, corporations, and civil society organizations operating in the United States of America, who have accepted the invitation to participate as part of the African Unity, and acknowledge the need for the African Diaspora to be adequately organized.

Many stakeholders (persons/elders and institutions) have played crucial roles in getting the African Union framework underway.
The African Unity Sixth Region Canada (AU6RC), lead by the Founding Chairperson, Dr. Macaulay Kalu, has been at the forefront, guiding the process. Dr. Queen Blessing was nominated to lead the mass mobilization of the African Diaspora in America by Dr. Kalu, who doubles as the African Union-elected Policy Adviser for the Diaspora mobilization in the Americas. Together, we work through the African Union Directorate of Citizens and Diaspora Organizations (CIDO) office in charge of the Diaspora – Americas. 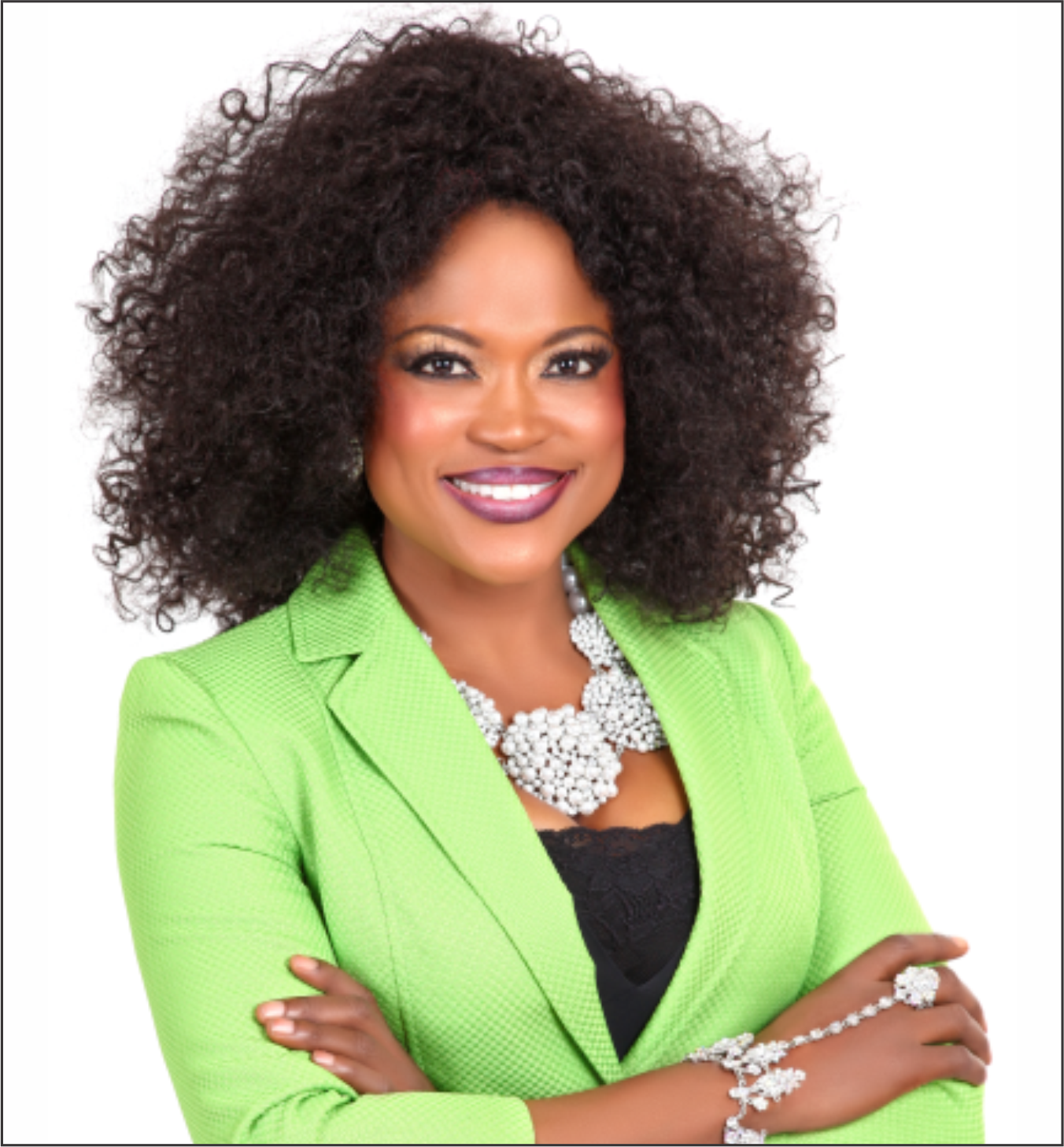 Chief Executive Facilitator, Africa Diaspora Initiative Network  in America; Author, “WE Are The Blessings of Africa, Reshaping Our Greatness Together 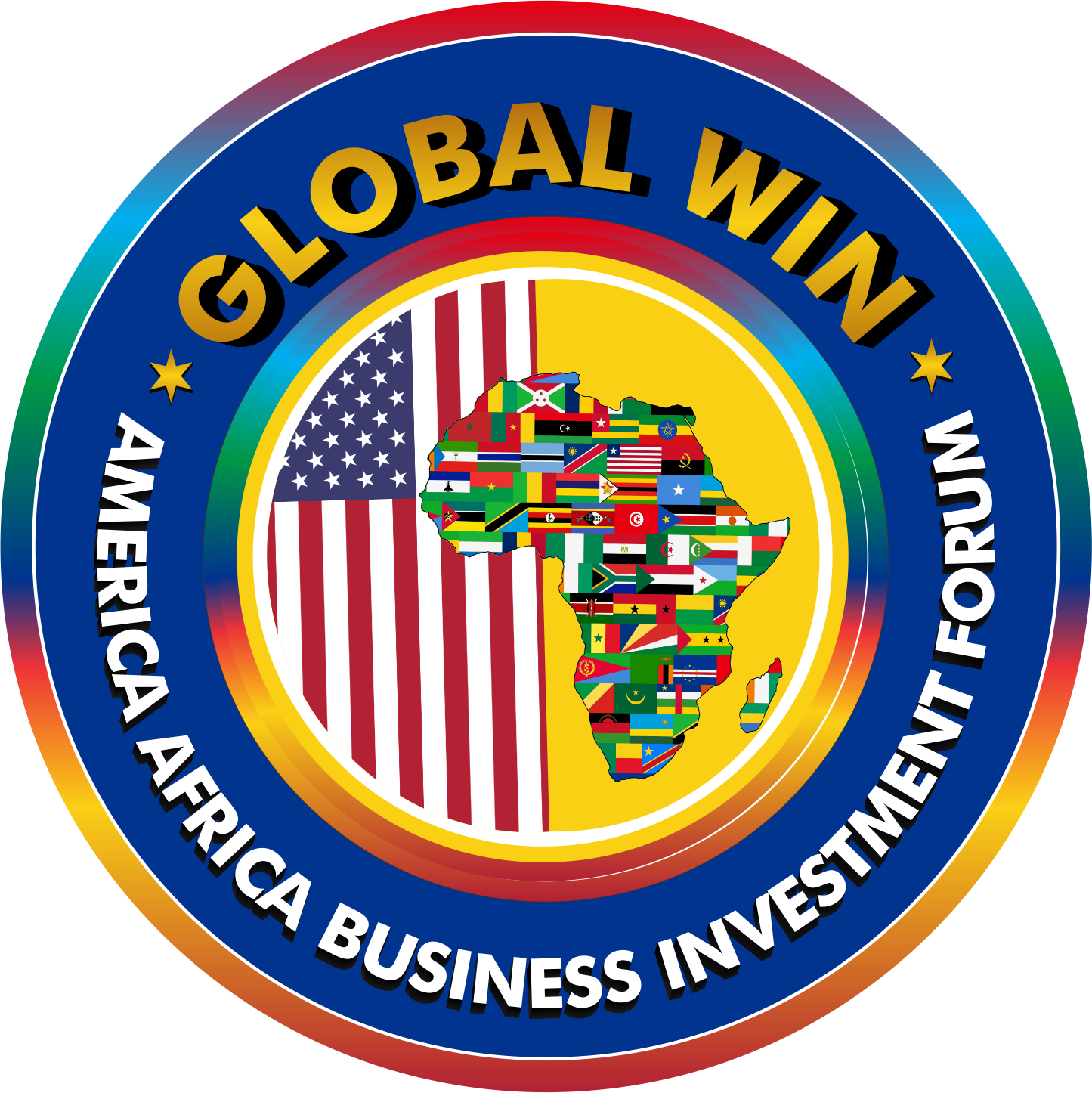 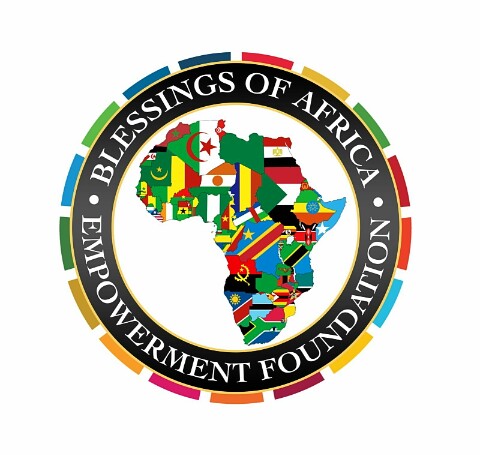