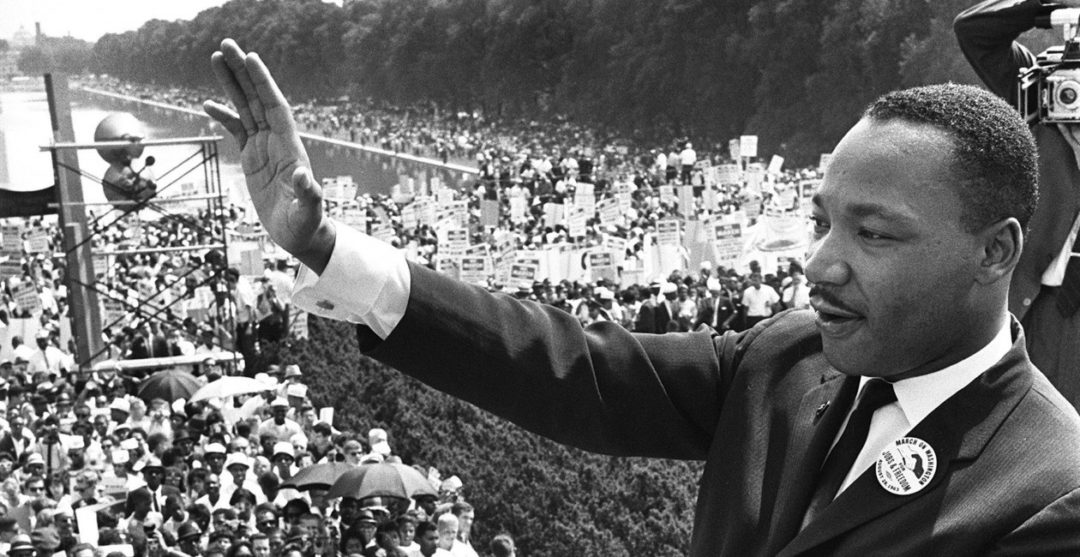 Dr. King was born Michael Luther King, Jr., but later had his name changed to Martin. Dr. King was put in jail 30 times for his resistance. Some people tried to kill him. Dr. King was assassinated on April 4, 1968, in Memphis, Tennessee. In 1964, King became the youngest person to receive the Nobel Peace Prize for his work to end racial segregation and racial discrimination through civil disobedienceand other nonviolent means. Martin Luther King Jr. expressed a view that black Americans, as well as other disadvantaged Americans, should be compensated for historical wrongs.King next attempted to organize a march for March 9. The SCLC petitioned for an injunction in federal court against the State of Alabama; this was denied and the judge issued an order blocking the march until after a hearing. Nonetheless, King led marchers on March 9 to the Edmund Pettus Bridge in Selma, then held a short prayer session before turning the marchers around and asking them to disperse so as not to violate the court order. The unexpected ending of this second march aroused the surprise and anger of many within the local movement. The march finally went ahead fully on March 25, 1965. At the conclusion of the march and on the steps of the state capitol, King delivered a speech that has become known as “How Long, Not Long“. In 1966, after several successes in the South, King and others in the civil rights organizations tried to spread the movement to the North, with Chicago as its first destination. In 1967, King gave another speech, in which he lashed out against what he called the “cruel irony” of American blacks fighting and dying for a country which treated them as second class citizens. On the evening of April 4, 1968, while standing on the balcony of his motel room in Memphis, Tennessee, where he was to lead a protest march in sympathy with striking garbage workers of that city, he was assassinated.The close of the last speech of his career, in reference to the bomb threat, King said the following:“And then I got to Memphis. And some began to say the threats, or talk about the threats that were out. What would happen to me from some of our sick white brothers? Well, I don’t know what will happen now. We’ve got some difficult days ahead. But it doesn’t matter with me now. Because I’ve been to the mountaintop. And I don’t mind. Like anybody, I would like to live a long life. Longevity has its place. But I’m not concerned about that now. I just want to do God’s will. And He’s allowed me to go up to the mountain. And I’ve looked over. And I’ve seen the promised land. I may not get there with you. But I want you to know tonight, that we, as a people, will get to the promised land And I’m happy, tonight. I’m not worried about anything. I’m not fearing any man. Mine eyes have seen the glory of the coming of the Lord.”http://en.wikipedia.org/wiki/Martin_Luther_King,_Jr. http://nobelpriz
Skills Posted on